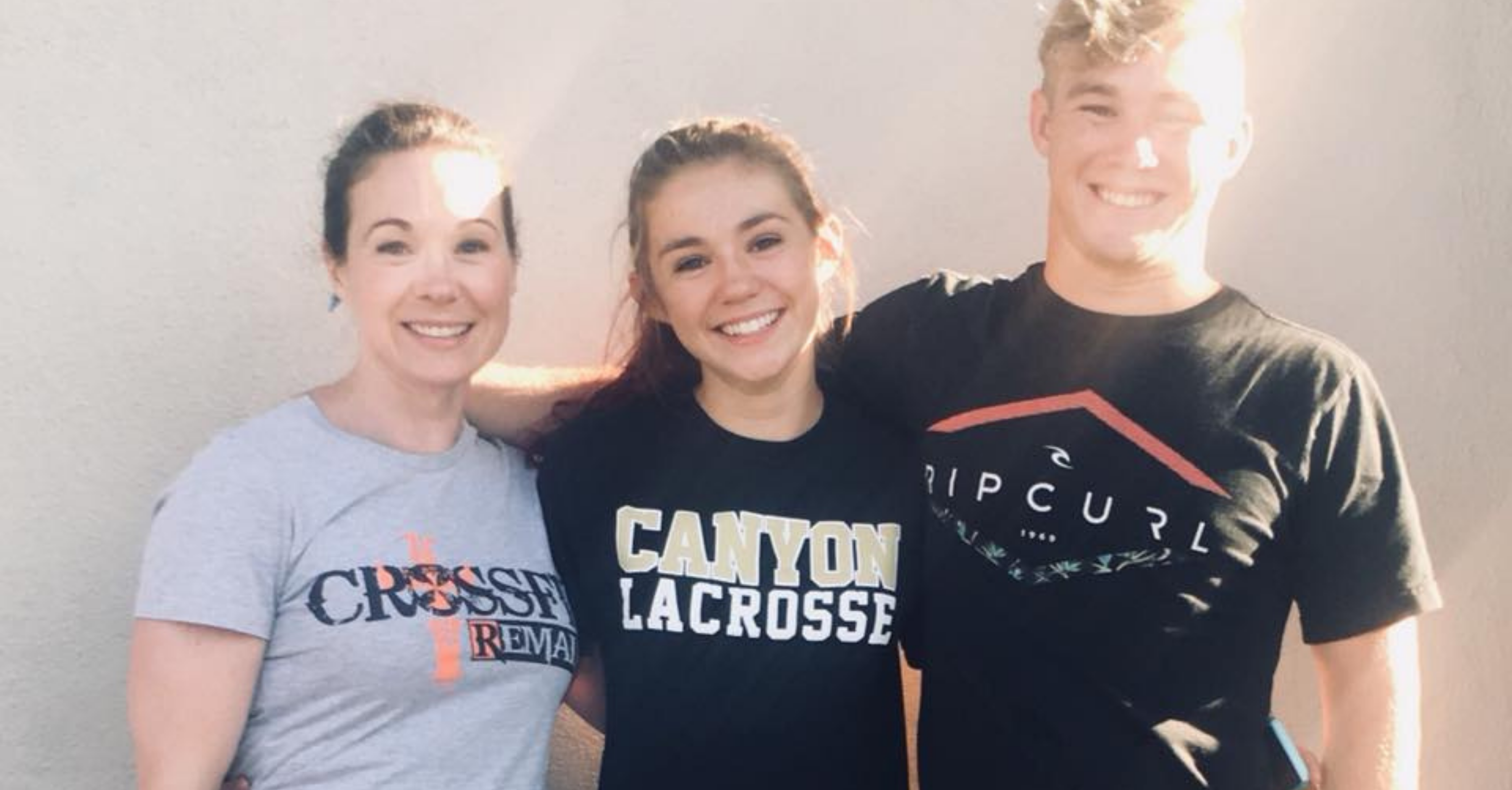 “Mom, you’ve been saying that for years.  ‘We just need to get through this.’  I accept your apology, but…when are we going to stop just getting through?”

My then-14-year-old son said that; to me when I apologized to him after giving my attention to a crisis at work. It was during a time we had planned to spend together.

This conversation was one of the many blinding epiphany moments that made me realize that I was surviving my life, not living it.

“Getting through” life isn’t living.

At that time, I was working for a large physical security firm in Silicon Valley.  I had a large and successful book of business. A larger firm had purchased the company I was currently working at. The merger had been challenging. The business model and culture surrounding the organization had changed. It was no longer a role with which my values aligned.

On that day, my Mom was visiting, and my children were on the last few days of their winter break.  We were looking forward to an afternoon together, with activities, games, and deep conversations. We have deep conversations when we’re relaxed and simply enjoying each other’s company.

Then there was an issue with one of the clients that I had inherited during the merger.  It required my immediate attention.  Instead of spending quality time with my family, I spent the afternoon on the phone with an angry client, with the home office, with my boss, and with my Operations Manager, who directly oversaw that client’s site.

It was stressful and exhausting.  And more than that, it put my work life and my family life in direct conflict with each other.  As the primary source of income for my family, I couldn’t do what my job required.  As a Mom, my heart broke.

My son was right, though.  It wasn’t the first time.

That is not to say that we didn’t have some awesome, fun, connected times.  We definitely did and do. 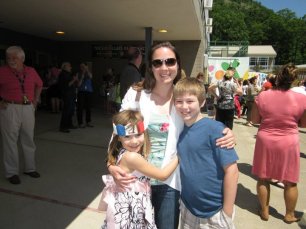 Life presents us with challenges that we do have to get through.  The skill of long-suffering is a real thing. In hindsight, I realize that many of the challenges I had to get through were situations where my thoughts had created problems.

To be clear, I wasn’t doing this on purpose.  I am deeply devoted and love my children. I made many of my major life decisions based on doing what I believed would be best for them, even if it wasn’t best for me.

I married my son’s dad because we thought it was the right thing, even though my intuition told me he wasn’t the right man for me.

I left the military police branch, which I enjoyed, and went to flight school because our marriage was struggling.  We were both military officers, and our military assignments kept us from living together most of the time. I thought that being in the same branch in the Army would make it easier for us to co-locate, which would help our marriage. It didn’t.

I got out of the Army because the single-Mom-Army-life had been super hard on my children, and I wanted a different life for them. Through that experience that I realized given the circumstances, the extent of the Army wasn’t the right environment for me either.

These are all oversimplifications, but as I look back on my life, I know that I intended to do the best for my babies.

So why, then, did I continue to choose situations that caused me stress, overwhelm, exhaustion, and therefore not always fully present with the children I adore and cherish?

Because being in survival mode does not make you conscious.

Driven by survival, my subconscious mind believed it required stress, overwhelm, and exhaustion. 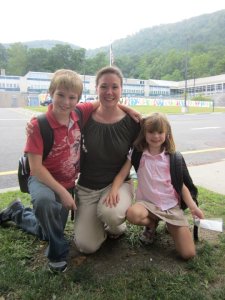 I grew up in a loving home wherein both my parents selflessly gave themselves to the service of others.  My Da is a career military professional, military historian, and educator.  My Mom was the consummate Army spouse and later became a terminal-care nurse.  They are both exceptionally loving and deeply selfless people whom I admire.

The problem was that I was trying to be them both, which was impossible, especially for a single Mom.  Further, throughout my upbringing, my Mom would pull off these amazing feats of caring-for-others strength.  She was everywhere doing all the things, and I watched her sacrifice her health so that she could be there for others.

Through observing her, I learned that sacrificing your health, disregarding your own needs, and abandoning self-care and boundaries was how you showed love.  Please know that I am not criticizing her.  She is the most unconditionally loving person for whom I am deeply grateful.

But when I moved into an environment that readily took advantage of someone’s willingness to destroy themselves in the service of others, what I learned growing up, quickly became dysfunctional.

"Getting through" isn't a way to live.

That environment was West Point.  I entered the United States Military Academy in 1996 at 17 years old.  I was very innocent and had an idealistic view of the world.  I was attending West Point because I deeply believed in serving my country, and in the values of honor, service, duty, and loyalty.

While I was there, I endured some pretty traumatic experiences that shaped my subconscious beliefs about myself and the world.

My plebe year was a crash course in violation.

I endured blatant, degrading sexual harassment.  Two of the upperclassmen in my company called me “piece of ass.”  That was my name, and it was expected of me to answer to it. Not Cadet McKenna.  Piece of Ass.  I was an object for their entertainment.

Being a plebe at West Point includes doing duties like delivering laundry to the upper class.  On several occasions, some of the upperclassmen were naked.  They thought it was hilarious how shocking that was for me, given how innocent I was.  So they took it a step further.  The next time I delivered to them, they were not just naked, but they had pornography on their computer monitors. I had never been exposed to anything like pornography before, and I was in shock.

Later that year, I was sexually assaulted by another upperclassman.

Those are just a few examples of the disturbing experiences that shaped my perception of reality.

There were other, lesser violations as well.  For example, one upperclassman forbade me from eating for three days until I could stop making facial expressions.

And it wasn’t just the upper class, either.  One of my classmates sent a mass email to all the plebes in our company.  The email graphically described a gang rape.  When my roommate and I, appalled, asked not to be included in those types of correspondence, a group of male classmates shunned us. We had stood up for ourselves, and the cost was the loss of a sense of belonging, which is a survival need.

All of that was on top of the already stressful and highly demanding curriculum and training at West Point. On its own, it would have been challenging enough. Many of the female graduates I stayed connected with shared that the pressure of that environment led them to not believe in themselves. They were never good enough, totally inadequate, and worthy of love only when they performed at a certain level.

What does all of this have to do with being a single Mom who was “getting through?”

These experiences early in my life led me to believe that survival requires violation.  Stress, overwhelm, exhaustion, living out of alignment, trying to be someone other than who I am, suppressing my boundaries and needs – these were all part of the price I had to pay to survive, belong, and be loved.

These experiences shaped my subconscious mental models, which shaped my decision-making and behavior.  I desperately wanted to feel peaceful, centered, and fully present.  But these were contrary to what I subconsciously believed was required.  These were dangerous because they were the opposite of what I had accepted was necessary to survive.

Of course, that’s not true.  They are not only not required, but they are obstacles.  Stress, overwhelm, exhaustion, living out of alignment, trying to be someone other than who I am, suppressing my boundaries and needs – these were all keeping me from truly living and from being present all the time as a Mom.

Maybe you didn’t have the same experiences as I have, but your experiences have shaped your subconscious beliefs about yourself and the world, your mental models, and your behaviors.

If you’re tired all the time or struggle to balance your commitments at home and work, there are mental and emotional reasons.

When the subconscious becomes conscious, it can change.

The good news is, when we become aware of how modeling and trauma have shaped our mental models, we can change them.  Our brains are neuroplastic, which means our subconscious thoughts can change. But first, they have to be brought forward to our conscious minds.

And what brings them forward to our conscious minds?

It takes both epiphany moments, like my son asking me, “when are we going to stop just getting through?” and a willingness to investigate why you do what you do.  Developing self-awareness can be a painful, heart-breaking process that requires rigorous self-honesty and genuine self-compassion.

Many high-performing women who struggle with exhaustion have false subconscious beliefs from conditioning and past trauma.

Those who successfully transform exhaustion into energy are the ones who are willing to investigate, to be curious without being critical, and to embrace new patterns of thinking that are healthy and aligned.

It takes a willingness to investigate and change.

I know how it feels to be so tired all the time, to wonder why to know that something is wrong but not be able to identify it.

I know how it feels to look at the hard truth about yourself and your past and realize that you’re living by rules that aren’t true.

I know how it feels to shift into a new way of thinking and to move into alignment. I am aware of learning how to be present and feeling the peace that comes from awareness and healing.

I know how it feels to transform exhaustion into energy by embracing awareness and making real change in my life, like leaving that role and finding a job that I love.

And I know how it feels to have the deep, meaningful, loving, and honest relationships with my children that I’ve always wanted because I was willing to change and choose differently.

Yesterday was National Single Parent Day, and for me, a day of reflection on how I could have done better and how I can do better as a Mom.

I see you, Mommas.  I see your heart, your stress, and your bone-tired fatigue.

Yes, it is super important to investigate the physical reasons you are tired all the time.

It is just as important to investigate the mental and emotional reasons you are tired all the time.

How Does Support Influence Your Healthy Habits?

Science of Stress | The Health Detective