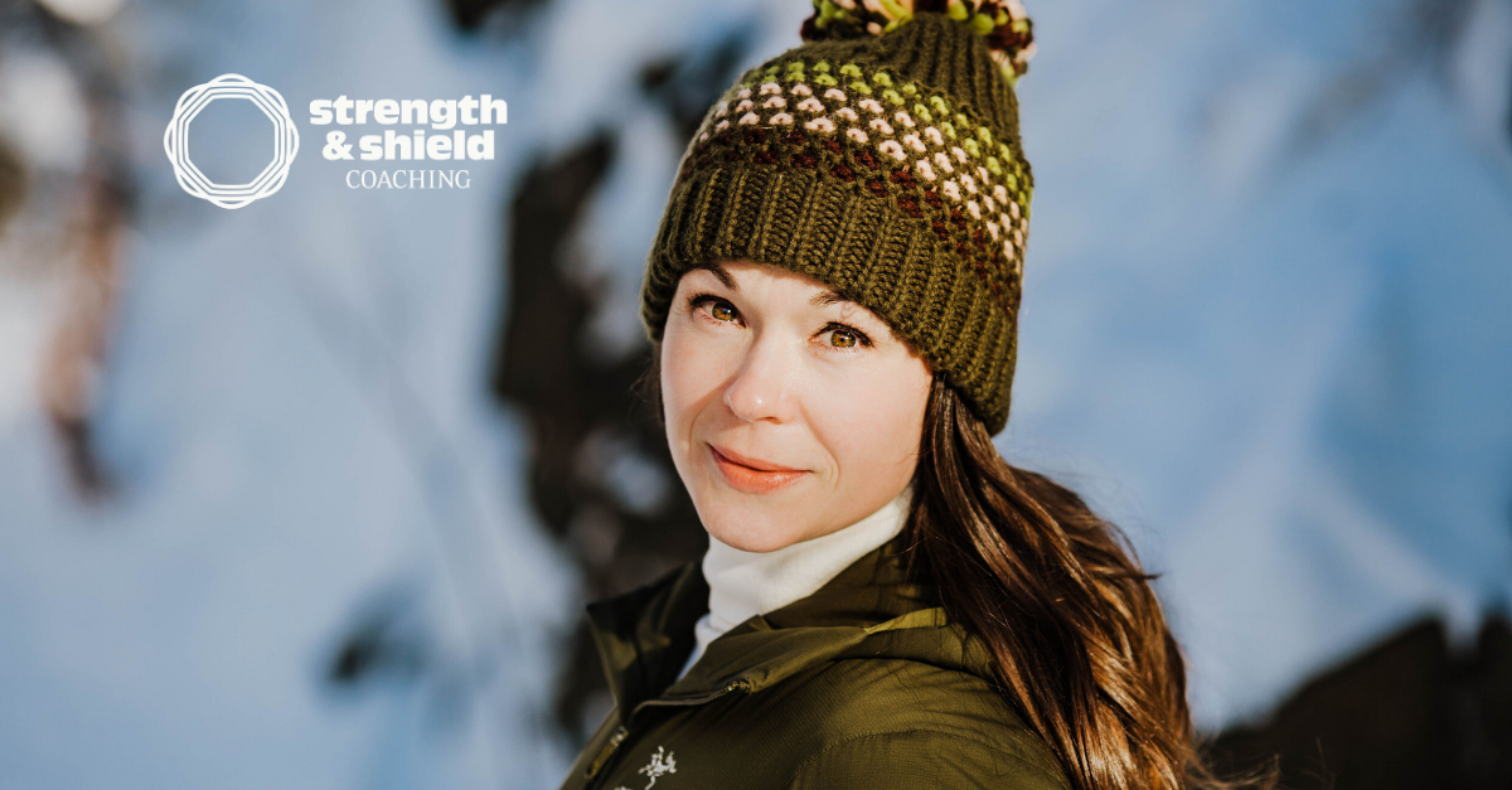 Do your accomplishments define you?  In your own eyes, does your performance determine how worthy you are?  Is your sense of self-worth based on how you behave – your successes as well as your flaws, failures, and regrets?

How would it feel if you lived unconditionally loved, building your identity and founding your sense of self-worth on how God sees you – wonderfully made, spiritually gifted, fully known, and deeply loved?

What if you defined yourself based on who you are, not on what you do?

My name is Laura – I’m a West Point graduate – I’m Class of 2000…until I had a baby as a senior, or “Firstie,” which made me Class of 2001.  In the Army, I served as a Military Police Officer and helicopter pilot.  I earned a Master’s Degree from the University of Virginia, taught at West Point, am an executive Clarity Coach, and a Functional Diagnostic Nutrition Practitioner.  I am the founder, owner, and head coach at Strength & Shield Coaching.  I am the wife of an amazing man and the mom of two awesome teenage children.

My name is Laura – I have been traumatized and violated. Those violations early in my adult life led me to believe that stress and violation were the prices I had to pay for anything I wanted to achieve – success, accomplishment, friendship, even love. In my life, I have made bad decisions that I deeply regret, and I have struggled with depression, anxiety, and feelings of inadequacy. There were periods in my life in which I have been suicidal, self-destructive, hostile, defensive, and lonely.

My name is Laura – I am a daughter of the Highest King, unconditionally loved by a great God, rescued and set free by a loving Savior, spiritually gifted and equipped to exhort, encourage, lead, and teach.

Which of these introductions is my true identity and source of my value?

Turning away from my accomplishments and to Jesus

I grew up in church for my entire life, and I have known religion and some form of the faith community. But I truly experienced Christ while I was in company command and stationed in Korea.  I was in a pretty dark place – I was going through a divorce, and I was doing just about all the self-destructive things that women who don’t have a sense of self-worth do.

One night I felt prompted to read my Bible, and I opened to Matthew’s gospel, the story of a woman with the issue of blood. This broken, isolated woman who had been bleeding for years jumped off the page at me.  I was her.  I felt her loneliness, her shame, and her pain.  This story is in three gospels – it’s that important of a story.  The version that has become my favorite is from Luke 8:43-48.

43 And a woman was there who had been subject to bleeding for twelve years, but no one could heal her. 44 She came up behind him and touched the edge of his cloak, and immediately her bleeding stopped.

When they all denied it, Peter said, “Master, the people are crowding and pressing against you.”

46 But Jesus said, “Someone touched me; I know that power has gone out from me.”

47 Then the woman, seeing that she could not go unnoticed, came trembling and fell at his feet. In the presence of all the people, she told why she had touched him and how she had been instantly healed. 48 Then he said to her, “Daughter, your faith has healed you. Go in peace.”

What strikes me the most is the difference between how the world knows her and how Jesus knows her.

The world defined her by her issue.  We still do – we know her as “the woman with the issue of blood.”  Let’s get some context around this scripture –

To the world, her issue determined her value.

Maybe you can relate to these feelings – you feel defined by your issues: exhausted, useless, unclean, isolated, and alone.  Maybe, you feel like you’re not valuable.  Jesus disagrees.

Jesus defines her not by her issue but by his relationship with her.  He doesn’t look at her and say, “woman with the issue of blood, your faith has saved you.”

He didn’t look at me and say, “Laura, who has been violated and traumatized. Who has been self-destructive, stressed out and overwhelmed, who has failed repeatedly, who has been hostile and defensive, who has based her value on what she achieves, who has struggled with rejection and loneliness, your faith has saved you.”

Her identity as a daughter of the Highest King has made her so valuable to Jesus. In the crowd of people pushing against him, he feels the power of her intention and gives her his attention.

Free yourself from these restraints

For so much of my life, I allowed what others thought of me based on my accomplishments or issues to determine how I valued myself. It has only been through faith that I have shifted my identity and started living like I know how valuable I am. I have since realized that my accomplishments do not define who I am as a human being.

This epiphany was back in 2008.  It has taken years of working through issues and solidifying my identity and sense of self-worth. It is amazing for me to share this with others, and I hope sharing my experience helps you ground your identity in faith.

This transformation has made all the difference for me, and I hope it provides you some clarity and encouragement as well.

The world defines her as the “woman with the issue of blood,” but Jesus calls her “daughter.”

Do you find your identity in your accomplishments, issues, or in that you are known and cherished by God?

Rest in God and Forget the Lies

I Want You To Just Be Happy!