Burned out? There’s a reason!

If you’re burned out and exhausted, there are reasons.

There are potential reasons in your body: things like leaky gut, inflammation, hormone imbalance, and gut bacterial overgrowth.

There are also potential reasons in your mind: things like over-obligation, codependency, weak boundaries, guilt-induced inability to say no, lack of focus, or the inability to discern that which truly deserves your attention.

These mental and emotional factors that lead to burnout come from your upbringing, your social conditioning, past trauma, and your beliefs about yourself and the world.

Further, when you are burned out, it literally impacts the way your brain processes information.

Burnout causes your amygdala to interpret nearly every input as a threat, even experiences that are not truly threatening.

When your brain perceives a threat, it sends your body into fight, flight, or freeze.

Burnout keeps your brain and body in a near-constant state of trying to protect itself.

Exhaustion layers on top of exhaustion until you feel like you’ve lost yourself entirely.

This is why we MUST take a whole-life approach to healing from burnout.

To truly transform exhaustion so that you feel like yourself and have the energy you need to do what is meaningful to you, we MUST investigate the real root causes in your body, mind, and environment.

Is Martha burned out?

There’s a well-known Bible story in which two sisters are contrasted.  One sister, Martha, needs a Health Detective.  Her patterns of behavior and expressed emotions indicate that she is on her way to burnout if she isn’t there already.

This story shows us five elements with important lessons for beating burnout:

Let’s take a look at the story of Mary and Martha:

“As Jesus and his disciples were on their way, he came to a village where a woman named Martha opened her home to him.  She had a sister called Mary, who sat at the Lord’s feet listening to what he said.

But Martha was distracted by all the preparations that had to be made.  She came to him and asked, ‘Lord, don’t you care that my sister has left me to do all the work by myself?  Tell her to help me!’

‘Martha, Martha,’ the Lord answered, ‘you are worried and upset about many things, but only one thing is needed. Mary has chosen what is better, and it will not be taken away from her.’” Luke 10:38-42 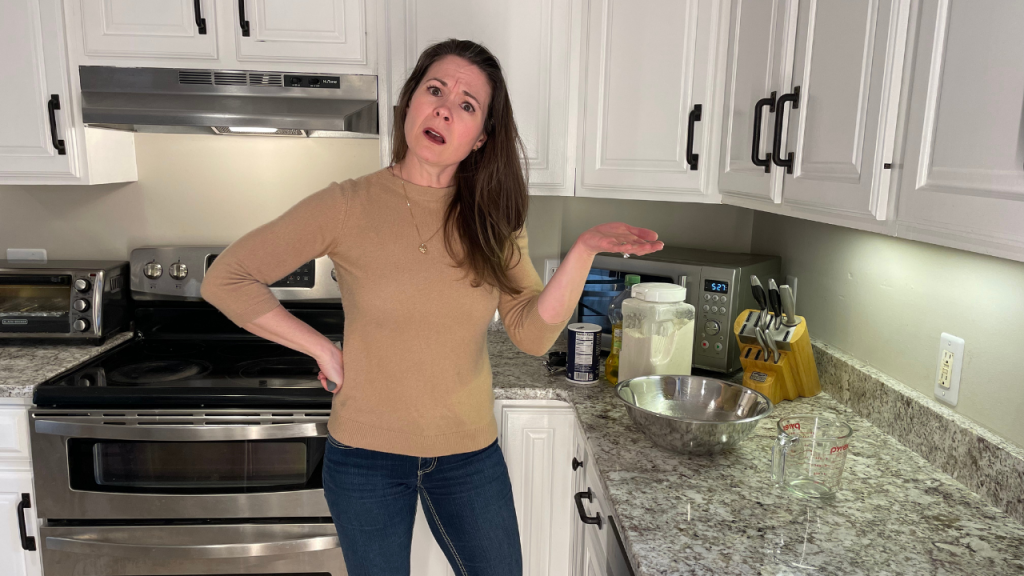 I can hear the exasperation in Martha’s voice as she asks, “don’t you care?!”

I can hear her huffing and muttering to herself.  I can hear her throwing cutting boards on to the counter, loudly closing kitchen drawers, and slamming the cabinet doors.

Martha would probably prefer to be sitting with her sister, but her beliefs about herself and the world won’t let her.

Instead, she plays the role of the “noble struggler,” suffering in self-imposed martyrdom, and resenting it.

If Martha was doing what felt truly aligned for her, she wouldn’t be angry, and she wouldn’t resent not being thanked for her troubles.

You see, she’s not busy with preparations because she wants to be or because she finds it meaningful.

She’s doing it because she feels like she should.

Somewhere in her life, Martha was conditioned to believe that bustling and huffing and being stressed out was what she was supposed to be like.

She’s doing it because she expects an outcome: acknowledgment.  And when she doesn’t receive that outcome, she feels resentment and bitterness.

Like so many of us, Martha has believed the lie that her value comes from what she achieves.

Martha has believed that she can earn love, attention, and approval by over-obligating and doing too much.

Martha has believed that she can earn respect and acknowledgment by being the hero who works so hard that she pulls off amazing feats – even at the expense of her health and peace.

Just like Martha, those of us who have believed these lies need healing and compassion, not judgment or criticism.

Ever Met a Martha?

Have you ever seen someone who absolutely destroyed herself because she did too much for other people?

My Mom is a Martha.

I have been a Martha, because of what my Mom’s example conditioned me to believe was normal and necessary.

What I am about to share could be perceived as criticism.  Please know that it is not.  Like Martha, my Mom has always served from a place of love and selflessness.  She is an incredibly unconditionally loving human whom I admire intensely.

I sense that she also subconsciously believed the lie that she could earn love by doing too much.

This makes my heart hurt for her.

And yet, I think that for much of her life she believed that to be loved, she had to exhaust herself and wreck her health to do things for others.

Before she got so sick that she physically couldn’t, my Mom would pull off Herculean feats of hospitality and care for others.  A career military spouse, consummate hostess, and end-of-life-care nurse, my Mom would work to the point of total and complete exhaustion.  She would work until her health broke down and she physically couldn’t do anymore.

While love for others certainly was one of her motivations, her underlying, subconscious driver was the desire to earn approval and praise.

She exhausted herself to the point of weeping and even being hospitalized because she wanted the credit and respect that came from accomplishing such amazing feats.

The Difference for this “Martha”: Me

Through my Mom’s example, I learned over-obligation-induced overwhelm was totally normal.

Operating from this place of “should,” like Martha, destroyed my health, my energy, and my happiness.

Being a Martha burned me out.

It made me angry, bitter, and resentful.

It caused me to stay stuck in a cycle of stress, over-obligation without meaning, emptiness and exhaustion.

When I looked for the underlying reasons why I was choosing to be chronically stressed, “worried and upset about many things,” I was able to heal them. 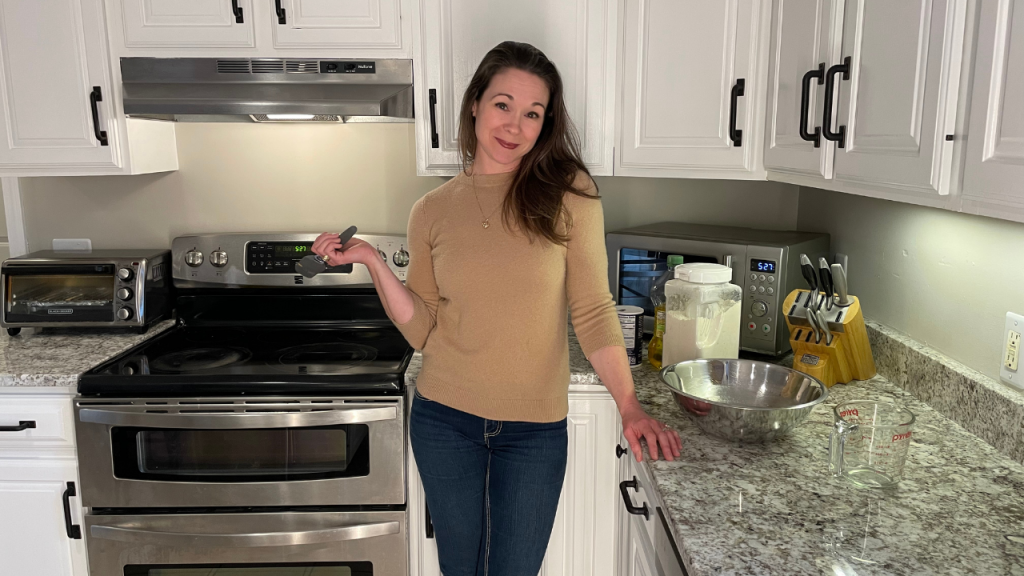 Can you relate to Martha?

Have you ever caught yourself complaining or resenting that you do all this work and nobody notices or cares?

Have you ever said something to your children or family that sounded like, “after all I’ve done for you…” or “I’ve sacrificed so much for you, and this is how you repay me?”

There is an emotional cost to giving your energy to what isn’t meaningful.  That cost leads to burnout for many high-performing women.

Burnout is the effect of being busy doing what is not truly aligned with your values and sense of purpose.

Over-obligation and doing too much for others leads to feelings of anger, bitterness, and resentment.

Feelings are physical.  How you feel quite literally impacts the health of your cells.  When you feel angry, bitter, and resentful, it leads to illness, exhaustion, and burnout.

Here are some steps to take to overcome empty obligation and subsequent burnout:

1 – Observe your feelings.  Do you feel angry, bitter, or resentful when you do certain things?  Do you feel like throwing up your arms and shouting, “I am doing all of this! Don’t you even care?!”

2 – Observe your thoughts and self-talk.  Do you expect something from someone as a result of what you’re doing?  Have you clearly communicated this expectation?  Did that person ask you to do the thing you’re doing?

3 – Ask yourself – whose thought is this?  Who told me I have to do this?  Asking these questions will help you identify if you are running an internal program based on your conditioning, not based on what is true.

4 – Notice how anger and resentment affect your body.  Notice the increase in your heart rate, notice if you hold your breath.  Notice if your stomach gets upset, your energy drops, or if you experience physical pain.

While Martha has been somewhat vilified for being stressed out and angry, Martha doesn’t need to be judged.  She needs to heal.

She needs to shift her perspective from what she thinks she “should” do to what is truly important.  She needs to know and accept that she is loved and valuable regardless of what she accomplishes.

Questions for reflection, beating burnout, and healing your inner Martha:

What are the “badges of honor” in your workplace, your family, your social network, and your home?  Do they include things like being overworked and exhausted?

Have you also believed that your value comes from what you achieve?  How can you shift this way of thinking?

If you shifted perspective from what you “should” do to what is truly important, what would change in your life?

Can you relate? Join us for a group program!

Martha is so task-overwhelmed that she’s lost sight of what’s truly important.

Martha is over-obligated and feels under-valued.

Pretty sure most of us can relate to that.

Girlfriend – so do we.

Join me for a group program that will help you heal your inner busy over-obligator so that you can be fully present for what is truly important.

Register today for this group program and heal your inner Martha!

Living Aligned: What do you need to DO to create your vision?

Choose What Is Better For You!

3 Common Obstacles That Stand Between You And Your Goals