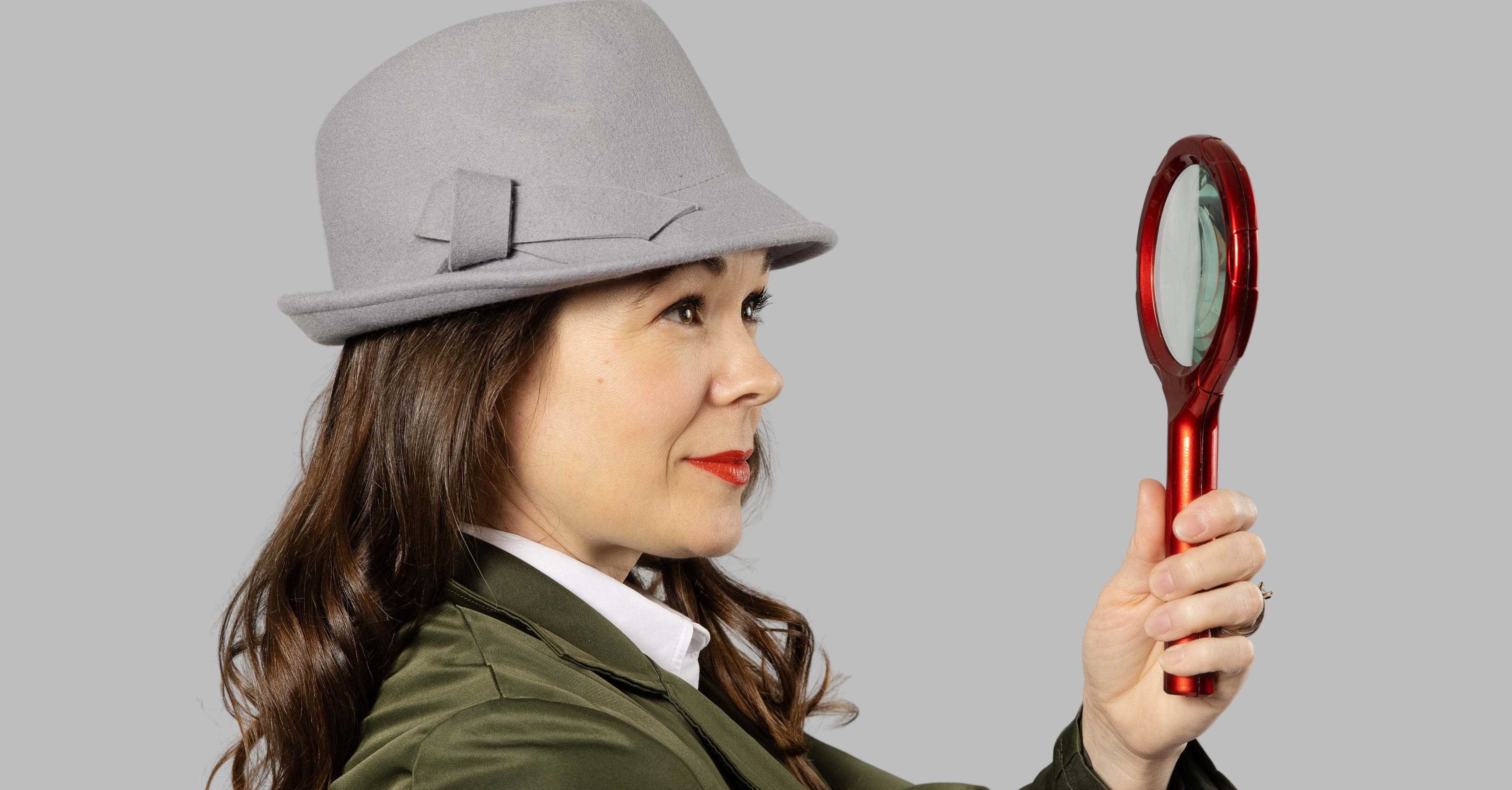 “Your labs all look normal, Laura. Listen, you’re getting older. Feeling tired is just a part of life. Let’s just put you on an antidepressant – it may help you to at least feel less overwhelmed by how tired you are.”

“But I’m not depressed.  I don’t think I need an antidepressant,” I said.  “What I need is to understand why it feels like my body is in chaos.  Why I’m so tired all the time.  Why I have chronic health issues? I just…I don’t feel like myself. This can’t be normal.”

He sighed, clearly growing impatient with my having argued with him for about ten minutes.  His tone became condescending and annoyed.  “Look, your labs don’t show anything irregular.  There is nothing wrong with you.  I’ll put in the script for the antidepressant.  There’s nothing more I can do.”

Have you ever had a conversation like this with your doctor?

Have you ever thought to yourself, why isn’t my doctor listening to me?

Have you felt frustrated and desperate, knowing you went unheard but knowing that something really is wrong, feeling like there HAS to be something you can do but not knowing what that is? When you leave, you are left feeling unheard and dismissed?

I know exactly how that feels.  The conversation I quoted above wasn’t the first time a physician dismissed me for chronic health issues.  I felt like I wasn’t myself like I was missing my life, yet my doctor wasn’t taking me seriously.

Here’s the thing: it’s not his fault.  He is a part of the medical model that solves problems by prescribing medication and performing surgeries.  These are miraculous things that medical professionals do for the people who need them.

I didn’t need either of those things.

I wasn’t presenting with a problem that his extensive training and medical expertise equipped him to solve.  I didn’t have a disease, or a tumor, or an acute injury that he could fix by medical means (with drugs and surgery.)

He wasn’t trying to be condescending or dismissive.  Given his paradigm, there wasn’t anything else that he could do for me.  I was feeling unheard, but there was not much else he could have done.

Certainly, some physicians see the whole person and make proactive recommendations for a patient’s diet, rest, exercise, and stress reduction.  Unfortunately, this isn’t the norm.

Further, these physicians are still not equipped to support a patient who already has healthy habits and still doesn’t feel well.

Are you feeling unheard about your low energy? Low energy isn’t a disease.

Medical professionals help with clinical health issues: injuries, diseases, and the like.

If I fall out of a tree and break my arm, I want a doctor.

If I am in a car accident, I want a doctor.

If I have cancer or a tumor, I want a doctor.

If I injure my shoulder while training, then I want a doctor.

These are all examples of clinical issues. There are diseases or acute traumas that require drugs or surgery to correct. Types of problems with which doctors help us.

Sub-clinical issues are imbalances in the body that cause symptoms and disrupt your life but aren’t yet diseases.

If you’re ready to punch your doctor in his or her nose because you don’t feel taken seriously, I feel you.  If you are feeling unheard, just know I hear you. I know what that’s like!

Maybe the “something” that is wrong isn’t yet what your doctor looks for or can help you with. 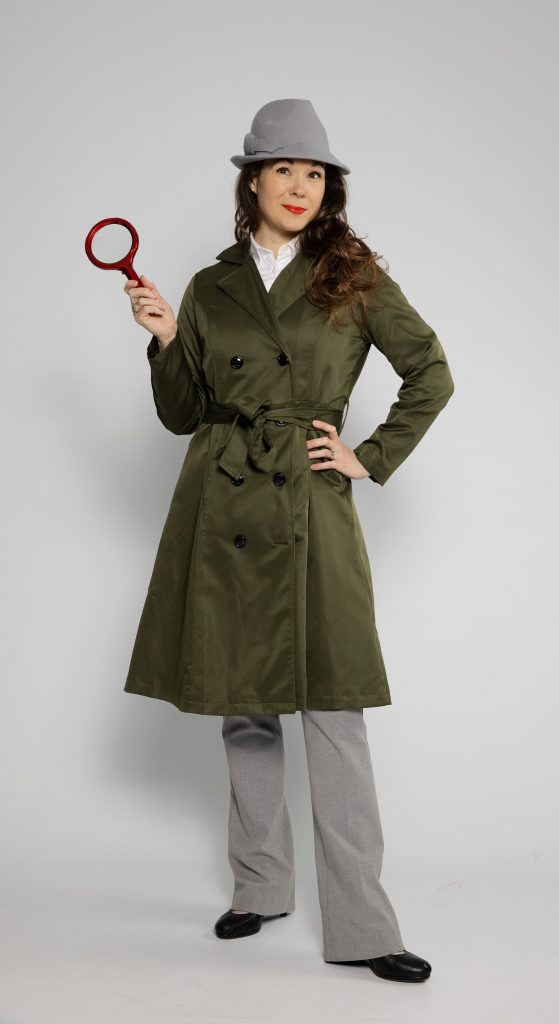 There was something wrong with me. I was feeling unheard.

My doctor told me that my “labs looked normal.”

Yet, when I ran functional lab tests, I learned that I had inflammatory sensitivities to foods that I was eating every day. I had a leaky gut, bacterial overgrowth in my gut, and a hormone imbalance. It’s no wonder I was so tired all the time!

All four of these issues – food sensitivities, leaky gut, bacterial overgrowth, and hormone imbalance – are considered sub-clinical.  All of these issues cause low energy.

It took functional lab testing to discover them.  It took a commitment to the healing process to overcome them.

Why do lab tests look “normal” if something is actually wrong?

While this is not always the case, most medical lab tests look for output rather than function.

Let’s take a cortisol test, for example.  Your doctor might order a lab that gives him or her your cortisol sum for a day.  From this, he or she will deduce that your cortisol is “normal.”

As a Health Detective, I run functional lab tests.  Keeping with the cortisol example, when I run a cortisol test, I look for how the whole stress-response system is functioning, along with the organs that support it.

I look at cortisol circadian rhythms, which can give me clues into how the whole body functions over the day. I compare free cortisol to metabolized cortisol. It gives me insight into how the detoxification and immune systems operate.

Recently I had a client whose cortisol sum was “normal.”  And yet, the pattern her cortisol followed was not consistent with a diurnal circadian rhythm.  The rhythm she presented pointed to potential GI pathogens, which I confirmed with a separate lab test.  Also, her levels of free cortisol far exceeded her levels of metabolized cortisol, indicating that her liver could be sluggish, which I confirmed with another lab test.

This information helped me design for her a customized plan to get her energy back.

I have a client right now whose cortisol sum is within the “normal” range.  And yet, her free cortisol was considerably lower than her metabolized cortisol. It means that her body is metabolizing it immediately after producing it.

This can indicate that the body is attempting to stop one of the effects of cortisol.  When cortisol is released, it increases blood sugar, suppresses the immune system, and slows digestion.  The body in its innate intelligence may remove cortisol from the bloodstream to keep blood sugar low or keep the immune system active.

In this case, I confirmed with a different lab test that she had a severe bacterial overgrowth in her gut, which explains both her symptoms and why her body is immediately metabolizing cortisol.

This information helped me design a customized plan to address these specific underlying issues and get her energy back.

These two examples demonstrate how looking at a system is functioning is a different approach than simply looking at whether the system’s output is “normal.”

Feeling unheard can make you feel crazy. You’re not crazy.

You are not imagining your symptoms.  If you have low energy and feel like you’re just not yourself, there are things you can do to get your life back.  I know you are feeling unheard, but I hear you.

I didn’t pick up that antidepressant my doctor prescribed me.  Instead, I trusted my intuition.  Instead, I looked elsewhere for answers.  I knew that something was wrong, and I was committed to finding and overcoming it. 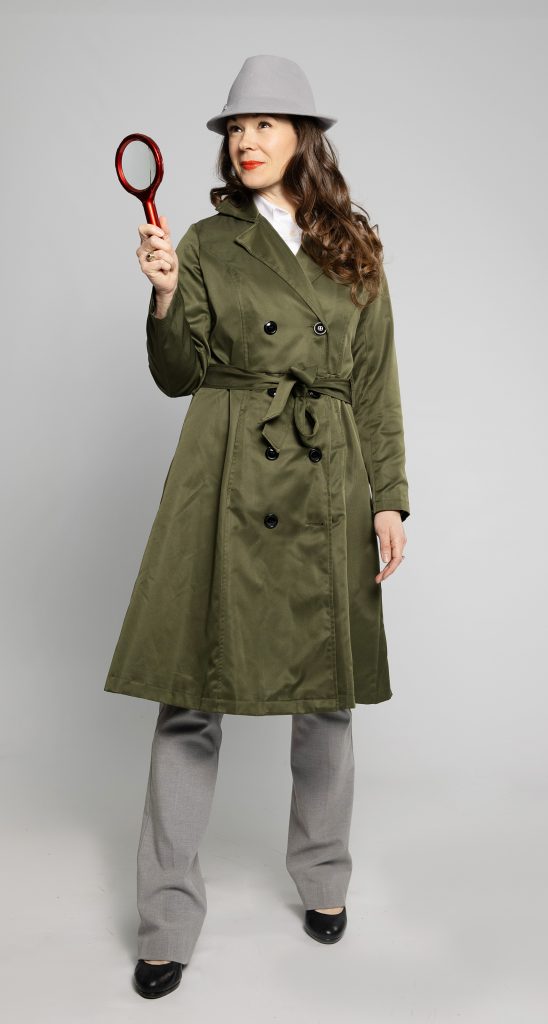 #1 – Figure out what foods are right for your body so it can function at its potential.

So how do you figure out what is right for your body?

By testing to see which foods your body responds best to and choosing the right balance of proteins, fats, and carbohydrates to ensure your body is getting exactly what it needs every time you eat.

This will instantly boost your energy and provide

the nutrients your body needs to function at its potential!

When I discovered what foods were right for my body, my energy shifted immediately.

The body is a system of systems, each doing an important job that the other systems depend on.  When one system struggles, they are all affected.

The investigation will help you see what systems of the body are out of balance and how they are impacting each other, revealing your healing opportunities!

The investigation includes a deep look at all of the energy zappers in your life – physical, mental, and emotional.

As a Health Detective, I run functional lab tests to look for physical healing opportunities.  These tests show me the physiological aspects of your body and how it’s working or not working.

Functional lab tests will take a deeper look at your hormones, immune, digestion, detoxification, energy, and nervous systems. These lab tests can guide you towards the right diet, rest, exercise, supplementation, stress reduction, and toxin removal you need to be optimally energetic and fully present in your life.

With this information, we’ll design a plan for healing and restoring the balance that is truly customized to you.

#3 – Tune in to your body and your life to feel your best all the time.

Healing is a physical, mental, and emotional process.  If you heal your body, but you don’t do anything to address the mental and emotional stress in your life that caused your body to be out of balance, it won’t be long before you start to feel tired all the time again.

By learning how to tune in to all of the things that drain your energy, you are empowered to create a life in which you are fully present and optimally productive.

These physical, mental, and emotional energy-drainers can include (but aren’t limited to) those healing opportunities I shared, your work-rest cycle, boundaries, and personal and home care products. It also includes your job, social group, habits, mental modules, beliefs about yourself, beliefs about the world, and your spiritual life.

Your body will tell you when you are out of alignment – when something in your environment or in your life is draining you.  Your body is always giving you insight, but we’ve been conditioned to disconnect from the body and to disregard or overcome what it tells us.

Our culture tells us that our bodies are to be conquered, not befriended.  But there is a balance between personal discipline and intuition.  Finding this balance will give you your life back.

On top of which, throughout your life, you may have experienced stressful situations, trauma, or micro-traumas that have caused you to “check out” and disconnect from your body.

When something doesn’t feel right in your body, that’s your body asking you to pay attention and to tune into what it’s trying to tell you.  When you do, you’ll know what to do to feel your best all the time.

I am able to be fully present and energetic.

Feeling tired all the time is not your destiny.  The exhausted zombie you feel like; is not you.

You can stop missing your life.  You can get your energy back so that you can feel fully present, be optimally productive, and crush it in life.

With these steps, you can overcome your health challenges and show up in your life as the REAL YOU.

What step are you committed to taking today so you can transform your energy?

P.S. If you want to feel fully present and optimally energetic, then schedule a call with the Health Detective today and stop missing your life!

4 Actions To Boost Your Immune System

I just want an energized life!