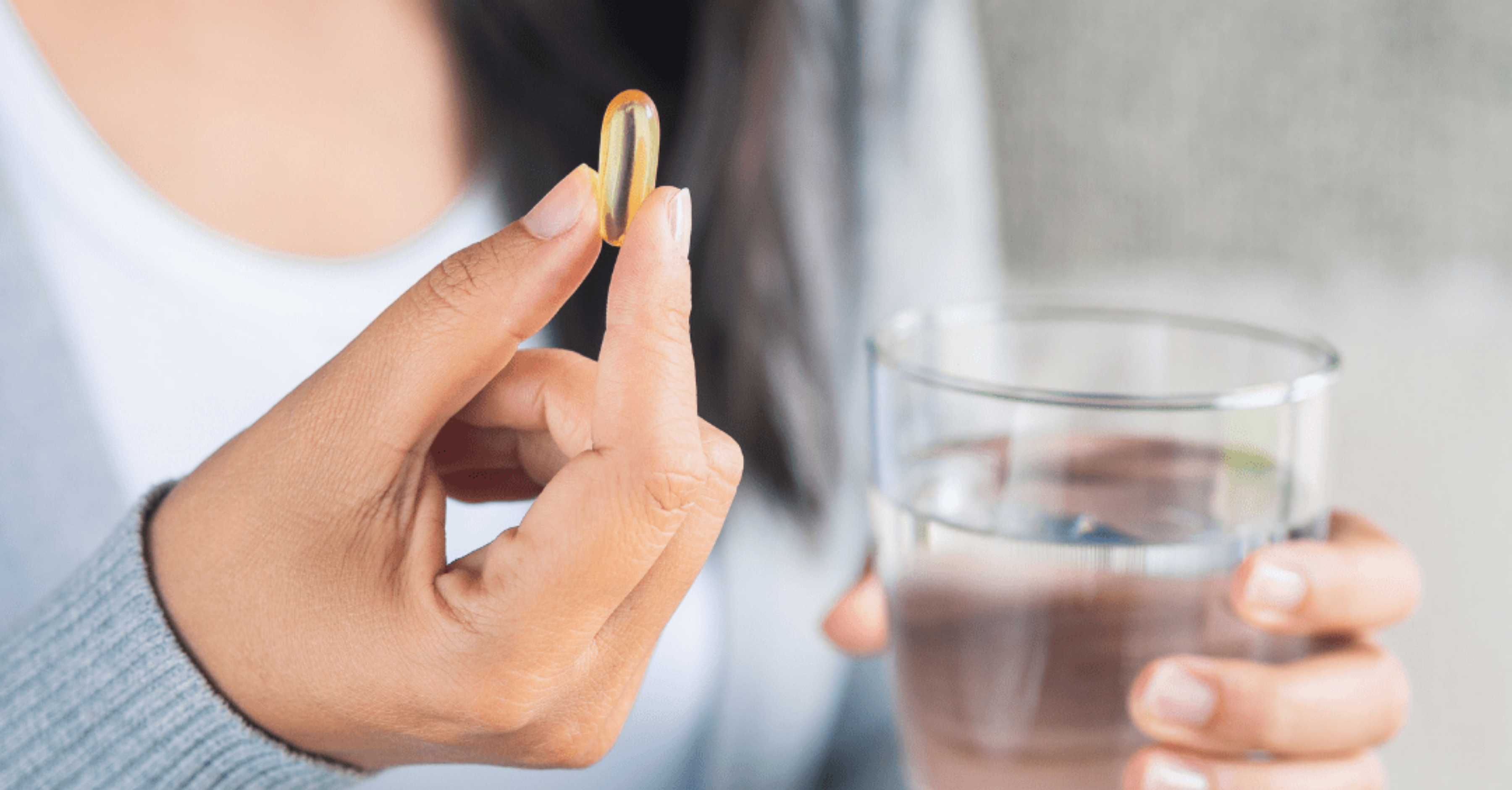 While your food should be your primary source of nutrients, supplements help restore balance in the body.  Supplements stimulate under-functioning organs and provide necessary nutrient support for organs that are struggling. Sometimes you need some gut healing supplements to help you out.

Supplementation supports optimal health, supplying the nutrients that you might not get from your food since depleted soil has caused our food to be less nutrient-dense. Even if you’re eating a healthy diet, you may not regularly consume all of the micro-nutrients and trace minerals that your body needs for optimal performance.

Supplementation can be especially helpful for healing, restoring balance to your gut if it is struggling, and supporting gut health in general.

Quick overview of “The Gut”

If there is any loss of function in the mucosal barrier, specifically in the stomach and intestines: it can cause a host of issues like poor nutrient absorption and subsequent fatigue, and worse.

The digestive tract mucosal barrier is like a second skin. It facilitates digestion and assimilation, and it should not permit large or offensive particles, such as pathogens, antigens, immune complexes – into the bloodstream. It’s critical for digestion, energy production, and immune function.

Within the digestive tract mucosal barrier, we have a single layer of cells, called enterocytes, held together very closely. Within the enterocytes, there are finger-like projections called villi, on which there are microvilli. On the microvilli are the cells that take up nutrients, called goblet cells and epithelial cells. These are also held together very closely. Tight junctions prevent the passage of molecules through the space between the cells.

Factors that damage the gut

Factors that damage the mucosal lining include:

All of these sources of physiological and psychological stress can damage gut structure and function. When the gut structure is damaged; and gut function is compromised, every other system in the body suffers.

As such, gut health is tremendously important. Not only do you want to avoid the factors that damage the intestinal mucosa, but you may also consider supplementation.

If you’d like to learn more about gut health, common gut health issues, and what you can do to support the health of your gut, check out my blog post on gut health!

Here are some supplements to consider to improve the health of your gut!

Remember those tight junctions between cells in the mucosal barrier? Inflammatory particles and toxins cause these junctions to loosen, and the gut becomes permeable.

As such, toxins and larger particles “leak” into general circulation, which causes an immune response in the bloodstream, which overall creates a pro-inflammatory, pro-disease state in the body. This is a leaky gut syndrome, with effects that include exhaustion, lethargy, inflammation, hormone imbalance, the inability to lose weight, and more.

Glutamine is a critical nutrient for the health of your mucosal intestinal lining. It is the preferred fuel of enterocytes and colonocytes. Powerful for healing leaky gut syndrome and reducing gut inflammation.

The imbalance of bacteria in the gut, or the overgrowth of harmful bacteria, causes numerous health issues, including digestive distress, food sensitivities, inflammation, exhaustion, emotional volatility, depression, and anxiety. You can support the balance of the healthy microflora in your gut by taking probiotics. You can boost your immunity and improve digestion, energy, and emotional balance.

Prebiotics stimulate the growth of healthy bacteria. Like all other living things, bacteria need to eat; prebiotics is the non-digestible fiber compounds that normal, healthy flora in the gut consume. Prebiotics play an important role in modulating the intestinal barrier and regulating the immune system and inflammatory response.

Food sources of prebiotics include asparagus, onions, garlic, berries, and green beans – all of which are categorized as FODMAPS, or Fermentable Oligo-, Di-, Mono-saccharides and Polyols. A FODMAP food is a carbohydrate that may cause digestive issues for some people, especially those whose Metabolic Type® requires a high-purine, low-carbohydrate diet. I host a workshop on how to know what foods you should be eating based on your unique nutritional needs, called Personalize Your Plate, which I invite you to attend. Potentially you might notice asparagus, onions, garlic, berries, green beans, and other FODMAP foods cause bloating, gas, or digestive issues for you. It may be for the best that you try a prebiotic supplement instead of getting this valuable fiber from food sources.

Known for its deliciousness, many aren’t aware of oregano’s health benefits!

Oregano oil (not to be confused with oregano essential oil, which is not safe for consumption) has powerful antibacterial and antifungal properties. Oregano contains the chemicals carvacrol, which stops the growth of bacteria, thymol, which halts the growth of fungus (yeast) and protects against toxins. It also protects against rosmarinic acid, which is a powerful antioxidant.

Oregano oil reduces symptoms of gut dysfunction, including the presence of gastro-intestinal pathogens, bloating, diarrhea, and abdominal pain, and improves the integrity of the mucosal intestinal lining, thereby preventing or treating the leaky gut syndrome.

Promoting healthy microbial balance in the gut is critical for whole-body health. Taking a probiotic to increase the number of healthy bacteria is helpful. Adding a botanical antibiotic such as a Noni extract that fights infectious bacteria, including Staphylococcus aureus and Escherichia coli, is also helpful. Noni has anthraquinones, scopoletin, and terpenes, and other disease-fighting properties. Promote the good with probiotics. Address the bad with Noni extract.

Noni extract is also a natural analgesic and effective mild pain reliever. Noni activates microphages, thereby strengthening the immune system, which then produces more infection-fighting lymphocytes. It is high in soluble fiber, which aids digestion. It also lowers blood pressure, fights against the cancerous replication of cells, and blocks the absorption of LDL cholesterol.

Goldenseal contains the alkaloids berberine, canadine, and hydrastine. They have antibacterial, antifungal, and anti-inflammatory properties. In the gut, these properties can help balance harmful bacterial overgrowth, specifically against bacterial infections Escherichia coli and Helicobacter Pylori. Goldenseal also helps with digestion because it stimulates the secretion of bile. It is useful for soothing stomach upset, ulcerative colitis, diarrhea, constipation, intestinal gas, and hemorrhoids.

As a gardener, I don’t appreciate dandelions. As a holistic healer who takes a multi-disciplinary approach to whole-life health, I have a completely different opinion! Both the leaves and roots of the dandelion have myriad applications for health and well-being. Specific to gut health, dandelion root may support healthy digestion and can help treat constipation. Dandelion root is a source of the prebiotic fiber inulin, which increases intestinal motility.

Since the gut and the immune are intimately connected, a few more supplements merit mention as part of a gut-healing and gut-supporting supplement protocol.

Shiitake and other mushrooms.

The beta-glucan in mushrooms stimulates a response in the immune system that increases white blood cells, which fight infections. Beta-glucan also slows the absorption of sugar into the bloodstream from the mucosal lining, which is helpful to those who are insulin resistant or managing diabetes.

Want to learn more about how you can support your gut and immune health?

Join me for the upcoming Healthy Immune Hacks workshop to learn more about how the gut and the immune system are intimately connected!

We’ll illuminate the physiological reasons why your immune system is struggling so that you can take proactive steps to build your body’s natural defense.

We’ll accelerate your immune transformation so that you can have energy all day and be fully present, and stop feeling exhausted, lethargic, overwhelmed, and spaced out.

Let’s go from run-down to fired up! Join us and ignite your immune!

What Are Your Physiological Tendencies?