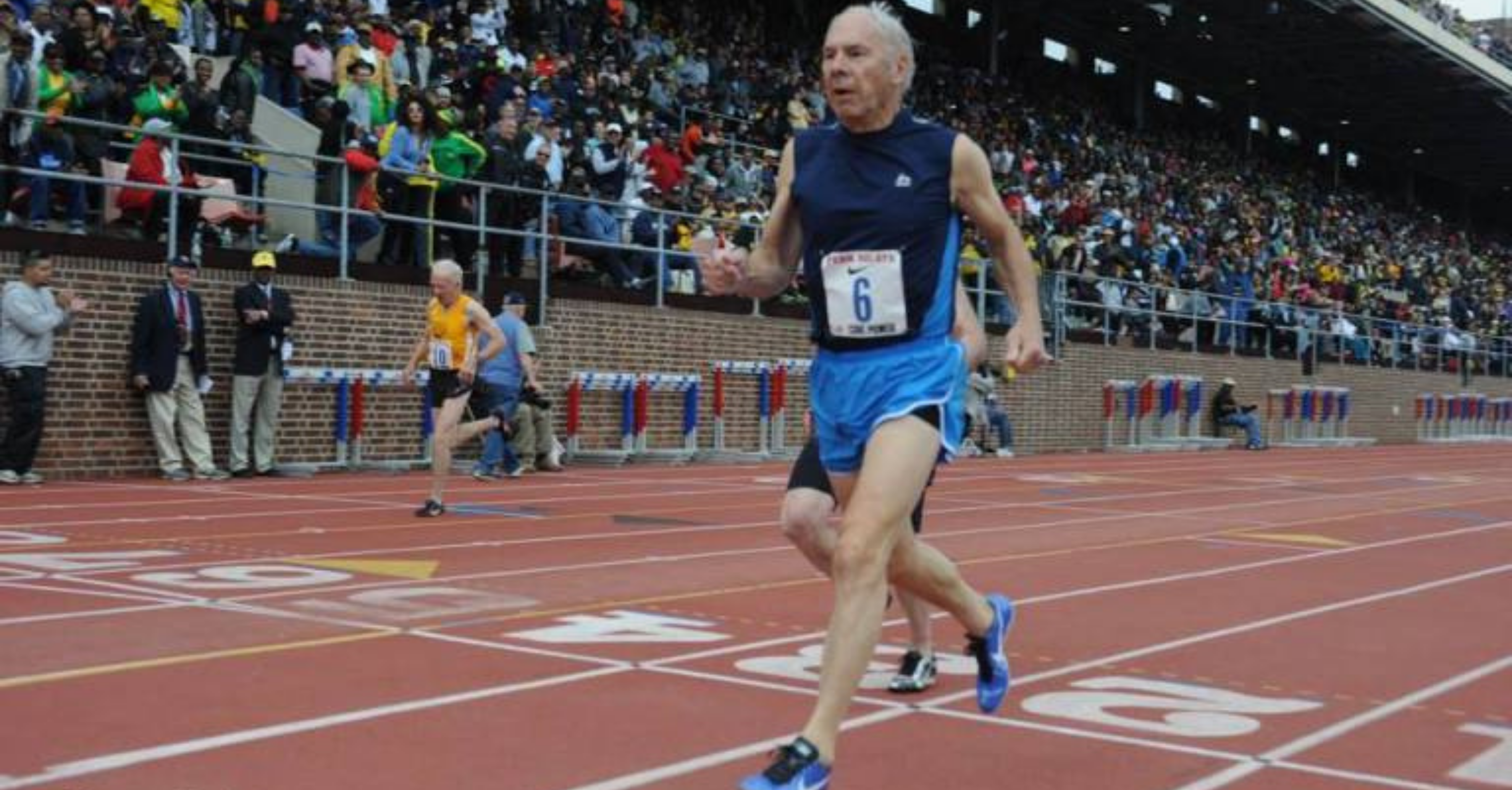 On Tuesday, September 15th, the Reverend Dr. Richard P. Camp, Jr., the longest-serving Chaplain at the United States Military Academy, went to heaven after a long battle with Parkinson’s disease.  He was the man who showed me the value of running to win.

I first met Chaplain Camp when I was 11 years old.  My family had just arrived at West Point for Da’s second tour of duty on the faculty.  My childhood friend, Scotty Wyatt, introduced me to Kathy Camp, whose friendship I have cherished since that day in 1989.

During the three years my family lived at West Point, I spent countless afternoons and sleepover nights at the Camp home – which happened to be attached to the magnificent Cadet Chapel.  As is common within military families and close-knit communities, Dick and Virjean Camp became one of my many sets of loving parents.  I did not knock when I entered their home.  I ate all their cocoa puffs without even thinking about whether that was rude.  Virjean gave me excellent life advice.  The “secret” passages from the home into Cadet Chapel were cool.  Kathy would make me laugh so hard I would wet my pants.  (Come to think of it, she still does!)  The Camp home was a place of safety, refuge, fun, laughter, and family.

In 2011, Reverend Camp married my husband and me.  He counseled us on what it means to give your whole life to someone with trust, vulnerability, and intimacy: the purpose of Christian marriage is to assist each other on the journey of spiritual maturity.  Holiness, he shared, is the goal of the marriage covenant.  If both of us are seeking to draw closer to God, we will create a happy marriage.  But if seeking a happy marriage becomes a higher priority than growing spiritually, we will achieve neither holiness nor happiness.  It is some of the best marriage advice I have ever received.

In 2017, when Dan and I moved back to the West Point area, the Camp family invited me to serve as the administrator for Fellowship of Christian Athletes at West Point. The Chaplain Camp Christian Charities supports the fellowship. It has been a tremendous honor and lots of fun to help cadets to build spiritual muscle.

Chaplain Camp chief’s purpose, while he was on earth, was to help people to build spiritual muscle. His focus was on running to win.

“In a race, all the runners run, but only one gets the prize. Run in such a way as to get the prize.

A life-long athlete, Chaplain Camp excelled at sports and as a leader.  He was an All-American football player and a force to be reckoned with at track and field.  In college, he was Captain of the Wheaton football team.  He also ran track, wrestled, and in 1958 was named Crusader of the Year.  “Recruited by professional football teams across the country, including the legendary George Halas and drafted by the Chicago Bears, Chaplain Camp chose to play semi-pro football for the Tri-City Chargers, where his teammates nicknamed him the “flying parson” as one of the fastest fullbacks in the game,” writes Kathy in his obituary.

Chaplain Camp understood that athletics provide a means by which we can build spiritual muscle.  His focus and his ministry have always been on running to win the prize that lasts forever.  Those of us who knew him are blessed to have been touched by his influence.

On the evening, Chaplain Camp went home to heaven; it was clear that he did not have much time left on earth. Kathy quickly organized a Zoom call so we could pray the Cadet Prayer with him and over him.

As Kathy so beautifully puts it in her blog, he has finished his race.  He has passed the baton.

It is our turn to run to win.

Today is National Finisher’s Medal Day.  I can not help but think of Chaplain Camp today – of his ministry, of his life, of the many lives he has touched.  His athleticism inspires me with many other attributes, his kindness, and his faith.

My friends, are you competing for a medal that will tarnish or for one that will last forever?

Build spiritual muscle.  Run your race in such a way as to get the prize that will last forever. Let’s start running to win together.

Living Aligned: What do you need to DO to create your vision?