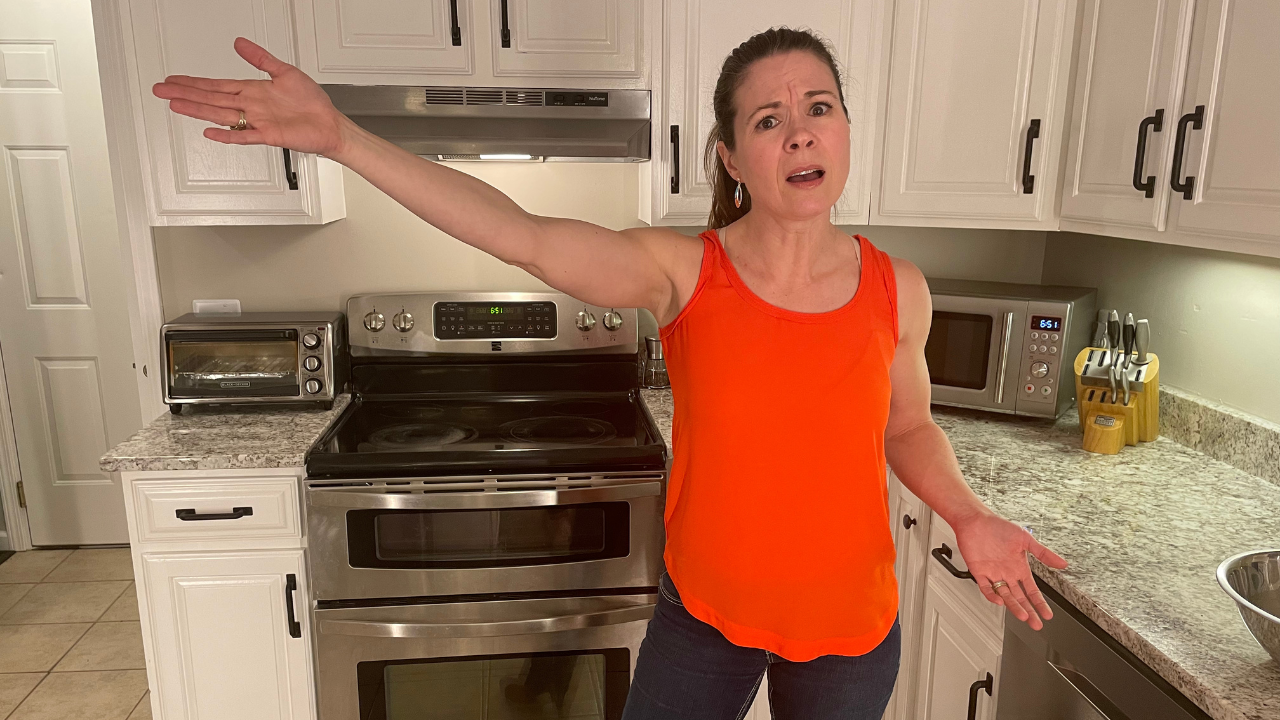 Burnout - It’s Not Your Fault

If you are physically exhausted, mentally and emotionally burned out, I want you to know that it isn’t your fault.

But it doesn’t have to be this way.

You CAN heal your body and renew your mind.

You CAN beat burnout and live lit up.

You CAN have the energy you need to live with purpose.

While it isn’t your fault that you’ve believed burnout culture, it is still your responsibility to take steps to heal.

Taking Ownership - the Example of Mary and Martha

There’s a popular Bible story in which two sisters are contrasted.

One sister, Martha, needs a Health Detective.  Martha’s patterns of behavior and expressed emotions indicate that she is on her way to burnout, if she isn’t there already.

This story shows us five elements with important lessons for beating burnout:

Let’s take a look at the story of Mary and Martha:

“As Jesus and his disciples were on their way, he came to a village where a woman named Martha opened her home to him.  She had a sister called Mary, who sat at the Lord’s feet listening to what he said.

But Martha was distracted by all the preparations that had to be made.  She came to him and asked, ‘Lord, don’t you care that my sister has left me to do all the work by myself?  Tell her to help me!’

‘Martha, Martha,’ the Lord answered, ‘you are worried and upset about many things, but only one thing is needed. Mary has chosen what is better, and it will not be taken away from her.’” Luke 10:38-42 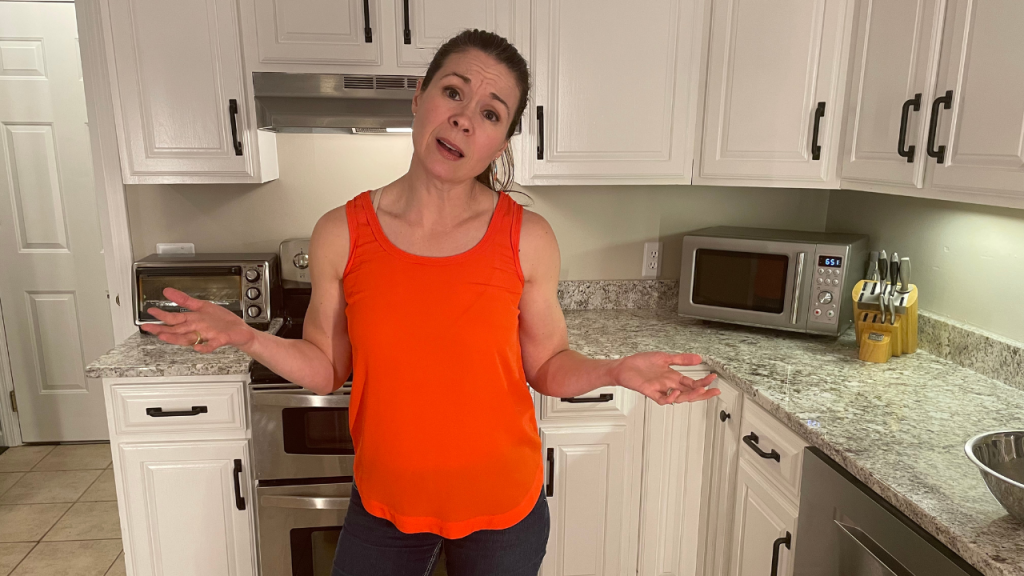 Can’t you just hear Martha’s anger, pain, and exasperation as she demands, “tell her to help me!”

Can’t you just feel how angry she is with Mary?  Can’t you picture her fuming with frustration and jealousy, muttering to herself about how Mary is lazy and shirking her responsibilities?

Like so many of us do, Martha has said “yes” to something without fully understanding what that obligation will include.  Now she’s angry that she’s doing it all herself.

Martha thinks that Mary should help.

Martha probably assumed that Mary was going to help, and is now surprised (and irritated) that Mary is not.

But if you read the story from the beginning again, you’ll see where it clearly states that “Martha opened her home to him.”

Not Mary.  Mary didn’t make that decision, nor did she agree to help.

You know what they say about assumptions… 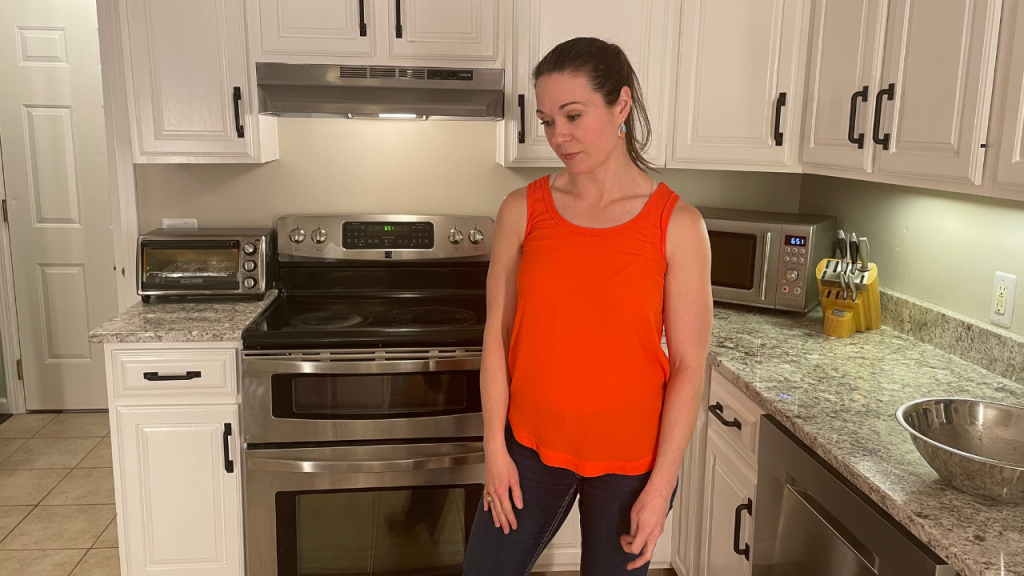 How often have we made assumptions about what other people are going to do to help us?

Martha is frustrated with her sister, and understandably so.  Mary isn’t doing what Martha assumed and expected that she would, and that’s frustrating!

But Martha has access to what Mary has.  She just has to choose it.

If Martha is going to get past this, she needs to take ownership.

If Martha is going to reframe the situation, she needs to take responsibility.

If Martha is going to “choose what is better,” she needs to accept that she has the power to think, be, and behave differently.

You can beat burnout. 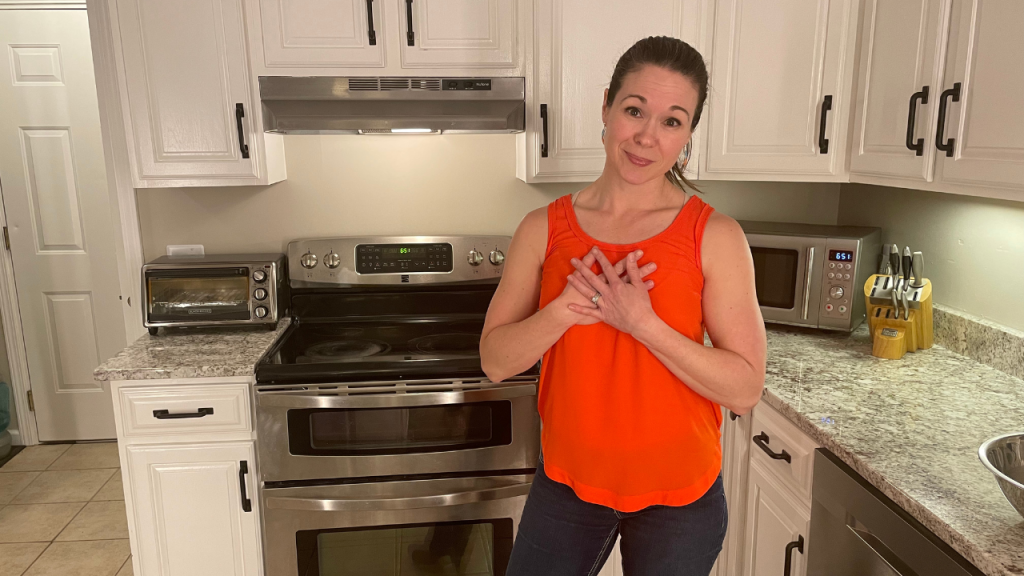 Please know that, as someone who has experienced burnout, I am in no way downplaying the seriousness of your symptoms.

I know how it feels to be so tired you feel like you’re missing your life.

I know how it feels to be so burned out that you don’t even feel like yourself anymore.

And I know how it feels when your body and mind are falling apart and you feel helpless, hopeless, and defeated.

So please know – your symptoms are real, and they are AWFUL.  Overcoming the symptoms of burnout isn’t a quick fix or something that you can just “choose” and *poof* it’s all better.

Quite the opposite is true.

If you are suffering with the truly awful symptoms of burnout, exhaustion, and physiological chaos, healing will require a whole-life approach.

Beating burnout requires creating an environment that is aligned with your values and supportive of your healing.

Beating burnout requires transforming the way you think and make decisions.  It requires a willingness to examine your conditioning, mental models, subconscious programming, and even past trauma.  These have all impacted your beliefs about yourself and the world around you.

To make these changes, you must first take responsibility.

The Difference for this “Martha”

When I first started working with my client Helen, she was exhausted all the time, and was understandably overwhelmed by the workload from her professional life and being a Mom.

Helen was both angry that no one around the house was helpful – but also wasn’t willing to ask for help in a productive way.

Investigation revealed that her hypothalamus-pituitary-adrenal axis was completely burned out – her body had no stress response left in it.  Complete adrenal exhaustion.  As a result, she had myriad other health issues as well.

Helen is a senior executive at a contracting firm, the Mom of four children – two of whom are twins – and a military spouse.

To describe her life as busy is a gross understatement.

So I kept digging.  We figured out why she couldn’t let go or delegate: she believed that to achieve anything worth achieving, she was supposed to be a stressed out, struggling heap of exhaustion.  She believed that ease and flow were for hippies and lazy underachievers.  She believed that delegating meant that she was too weak to do the things herself.  Lastly, she wanted someone to defend her boundaries for her instead of risking not being liked by saying “no.”

For her to change, she had to take responsibility for changing her mind.  She had to take ownership of the dysfunctional beliefs that were keeping her from healing.

We have been working on replacing those beliefs, and she’s doing AWESOME.

→ ask for help in a constructive way,

→ take care of themselves,

→ only do what is truly meaningful and aligned,

High achievers put in the hard work, but they do it in an aligned way that isn’t overwhelming, exhausting, and resentment-inducing.

Here’s what Helen has to say:

“Before I started working with Laura I was exhausted all the time – like, exhaustion I couldn’t shake!

I felt awful.  I was drinking coffee all day long just to survive.

My doctors told me that I was fine and that it was all in my head, but I knew better.

Finally, about a year ago, a doctor took me seriously, and recommended I work with an FDN-P Health Detective.

Laura started me on a course of deep investigation into what was wrong in my body, and what factors in my life and my beliefs were causing those issues.

Laura gave me options – and she gave me hope.

I’m so much happier, and I feel fantastic!  I highly recommend working with Laura – her Health Detective work transformed my life!” 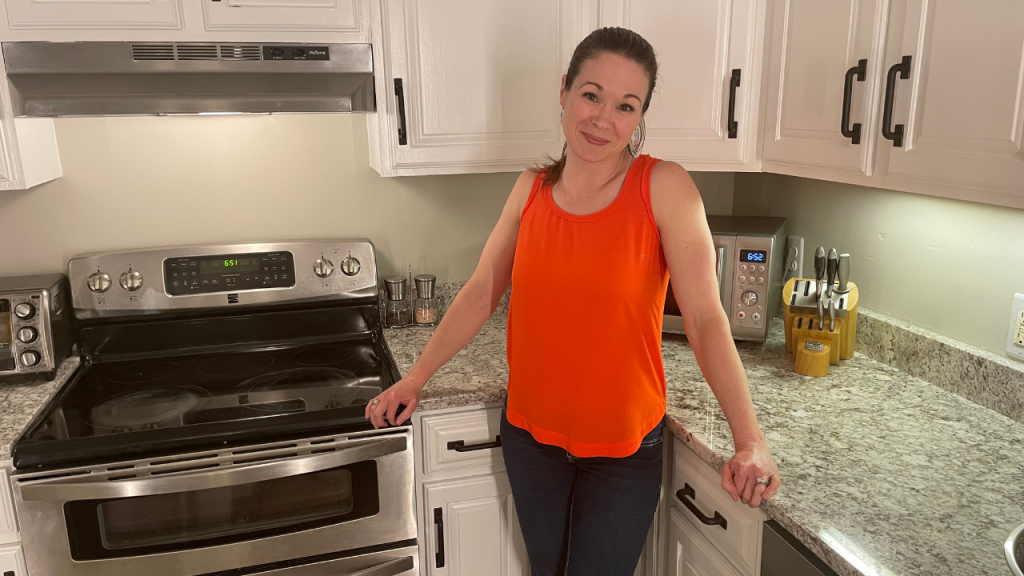 Here are three steps to take to take ownership of the thoughts and decisions that are causing your exhaustion:

1 – Clearly communicate expectations, and don’t assume.  If you take on an obligation or responsibility, do you think that others will help you with it?  Do they know that you think that?

If you’re struggling with an obligation that you have chosen or agreed to, you have two options:

If you have an obligation that is outside your control, look for the lessons it’s teaching you, and pray for the strength to endure it.

OK I get it – it’s unlikely that Martha wouldn’t have opened her home to Jesus.  Martha and Mary are the sisters of Lazarus, whom Jesus resurrected from the dead.  Listen, if you brought my brother back from the dead, you’re invited over.  Like, forever.

On top of which, Martha, Mary, and Lazarus are Jesus’ good friends.  If one of my closest friends was passing through town, even if he had twelve other dudes with him, you bet I’d open my home to them.

Years ago, I’d wreck myself to fix them a big dinner, and yes – I’d also be angry, resentful, and bitter about it, even while I was happy that they were there.  Weird, right?  …weird, but totally normal for chronic over-obligators, codependents, and high-performers struggling with burnout.

The Laura you’re talking to is different in three critical ways:

Responsibility is the root of healthy boundaries.  Own what you own, and if you don’t want to own something, say no.

4 – Don’t get sucked in by the Marthas in your life who expect you to help them but didn’t tell you that.  More on this in part five – stay tuned!

Questions for reflection, beating burnout, and healing your inner Martha:

While Martha has been somewhat vilified for being exasperated with and jealous of Mary, Martha doesn’t need to be judged.

The first step in Martha’s healing process is to take responsibility.

Can you relate to being the woman who demands, “tell her to help me!”?  Where is this tendency showing up in your life?

Where in your life do you have expectations that you haven’t communicated?  How is this lack of communication leading to confusion, hurt feelings, anger, and resentment?  How can you be better about communicating your expectations, or asking for what you need?

What obligations have you agreed to that you don’t really want to be doing?  If you can say no or step away, why haven’t you?  If you aren’t in a position to let go of these obligations, what actions can you take to meet your obligations joyfully?

Where in your life do you need healthier boundaries, and what steps can you take to begin creating them?

Can you relate? Join us for a group program!

Join me for a group program that will help you heal your inner busy over-obligator so that you can be fully present for what is truly important.

Register today for this group program and heal your inner Martha!

How Does Support Influence Your Healthy Habits?

Are your energy drinks making you tired?